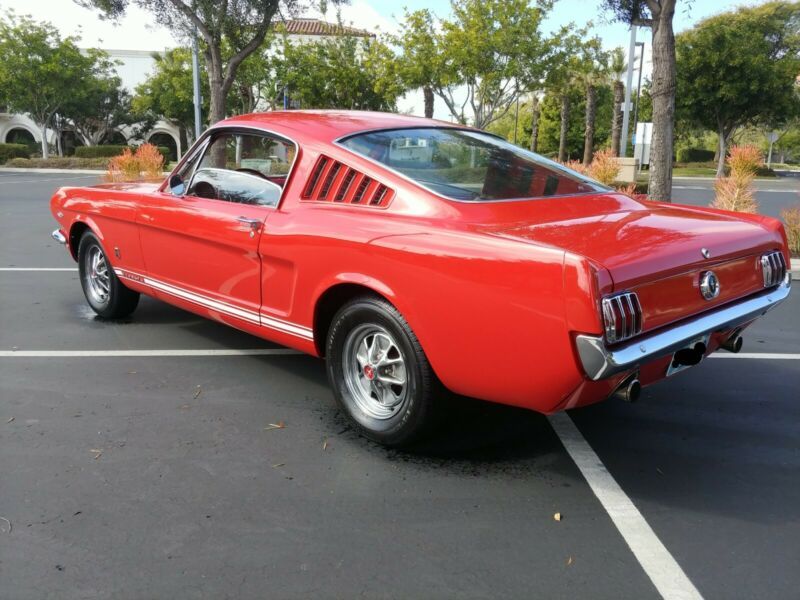 This GT Fastback is a true, verifiable GT. NO RUST. Recently rebuilt, the motor runs excellent and cool whether at
idle or highway speeds. Idles smoothly and reliably.
C4 Shifts smoothly without hesitation.
289 CI V8 cruises nicely and growls satisfyingly when given the gas and allowed to breathe.
The original, GT specific Dual Exhaust sounds great and pairs perfectly with this First Edition Mustang GT.
Very quick, nimble car thanks to combination of the GT Performance Handling package and strong 289 V8 with
performance 4 Barrel Carb.