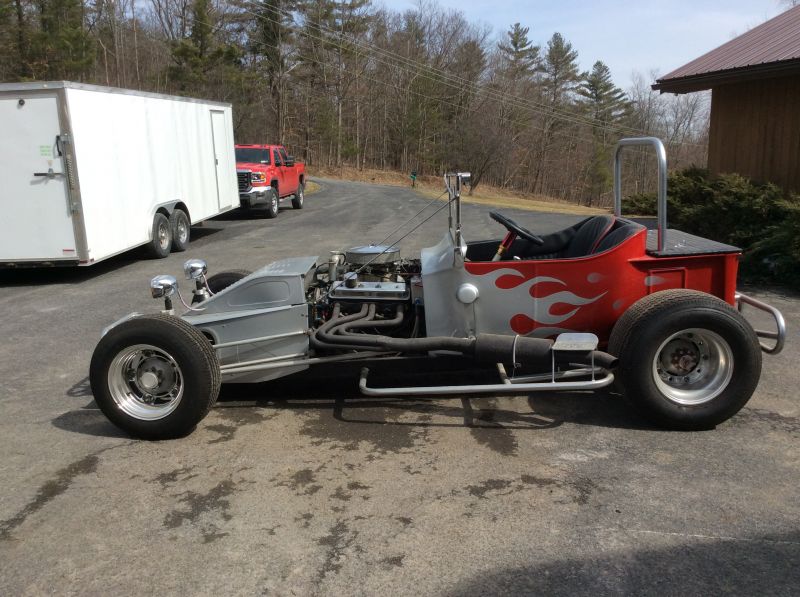 Very cool 24' T-Bucket Street Rod for sale! This is a very fun vehicle to drive and great for anyone's collection or summertime cruising! The street rod comes equipped with a 350 8 cylinder engine with less than 100 miles on it, and an automatic 350 turbo transmission. It is a 2 door car, 2 wheel drive, metallic silver and red exterior with flames, and a black leather cabin interior. The condition is an 8.5 out of 10, and it ready to take to shows and be enjoyed.

The Ford has power steering, disc brakes all the way around, records and receipts kept, well maintained, and always garage kept. Some other features are, Mickey Thompson wide tires on the rear, Silver powder coated bumpers, custom build, quick change rear end, fiberglass body, newer interior, painted 3 years ago, and bucket seating. The Ford also comes with fresh fluids, clean title, and the owner is the original owner since the custom build. No text messages please, calls only.

Please call Laudlin at the phone number above to see the car, ask questions, or to make an offer. No reasonable offer shall be refused! Thanks for looking and call today!