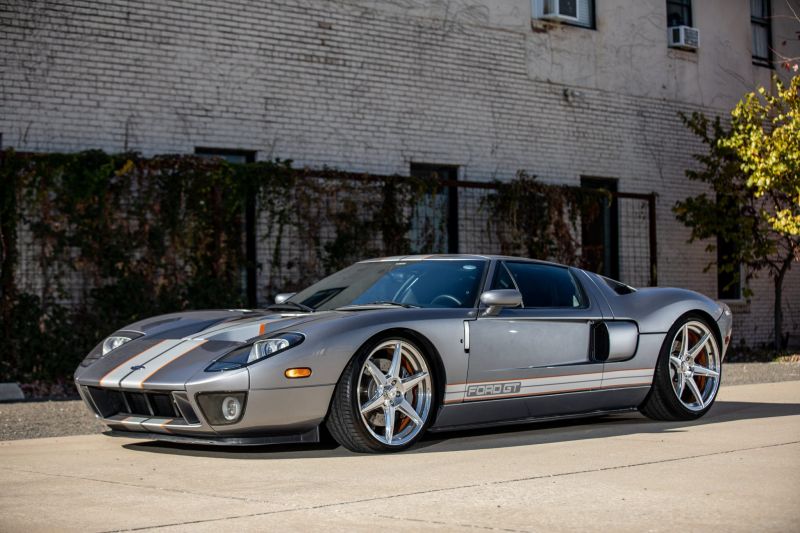 This 2006 Ford GT is one of 2,011 examples built for the model year. The car is finished in Tungsten Grey Metallic over Ebony leather, and power comes from a supercharged 5.4-liter V8 mated to a six-speed manual gearbox and a helical limited-slip differential. Features include painted silver stripes and a McIntosh stereo system. Modifications performed include orange stripe accents, a lowered suspension, 20″ and 21″ Foose polished aluminum wheels, a custom rear bumper, and a MagnaFlow exhaust system. The removed exhaust components, wheels, shocks, and rear bumper accompany the car.