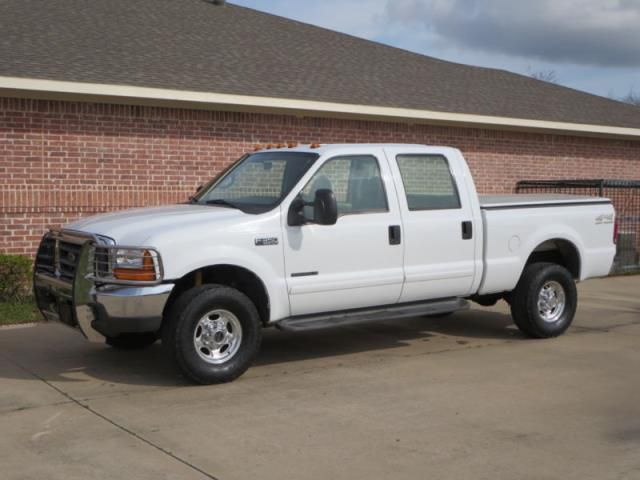 Here is one of the sought after 7.3 L Diesel Super Duty Powerstrokes. Early in 2003 these trucks were no longer produced. These 7.3L trucks are very popular for 3 reasons. 1. Proven Durability 2. Awesome torque for pulling and hauling 3. Impressive fuel mileage. The F350 crew cab with the short bed is a rare configuration and would take some effort to find another one. MECHANICAL Engine starts like it should and idles great. Performance is impressive and the truck is in excellent working order. Engine has been well maintained and Blowby is excellent showing that the cylinders and heads are healthy. No dash engine warning lights illuminated. AC and heat are good. Automatic transmission was rebuilt last 2 years ago. Batteries are recent. Truck drives and brakes well. Ball joints are tight. Steering linkage and steering box are tight.