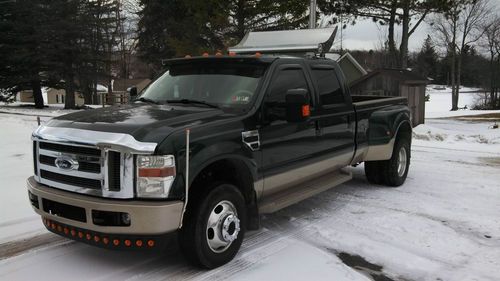 You are bidding on a super clean f350 one owner.  This truck is in perfect condition owned by a non smoker Interior is perfect clean carpets nice Leather still smells new.  The tires are all 70%  on aluminum wheels.  This truck is ready for its next owner needs nothing .  Included is a 100 gallon fuel tank mounted in the bed and plumbed in also 5th wheel ball hitch.  This truck belongs to a good friend of mine any questions please call Steven @ 570-960-2029.