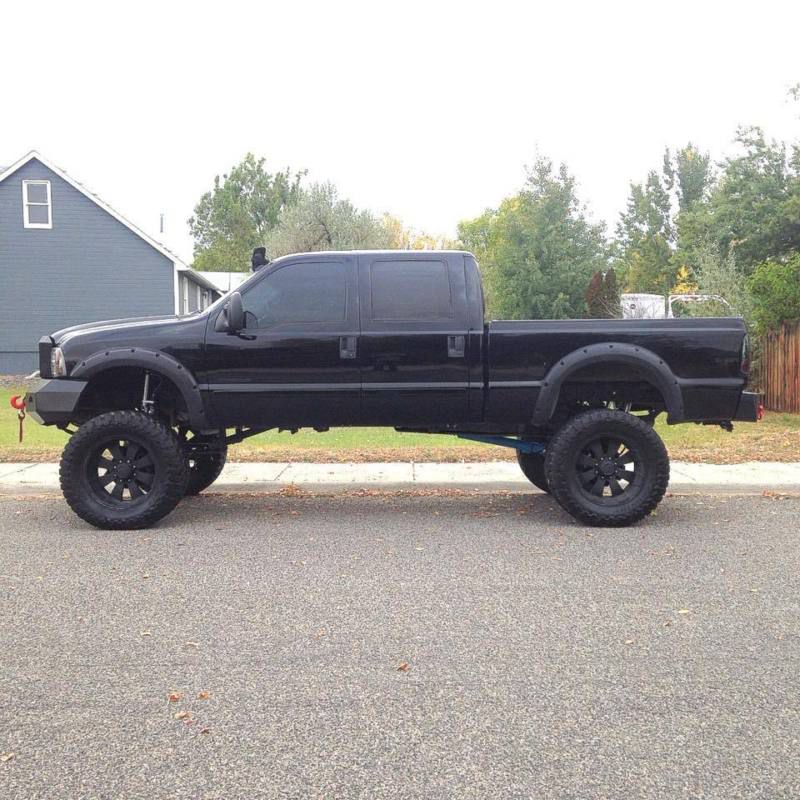 ANY QUESTIONS JUST EMAIL ME: barriebuzzelle@juno.com .

I purchased this 2002 7.3L SuperDuty in 2012 with 65,000 miles. It has barely been driven since and has had a lot of upgrades(listed). It runs flawlessly and really performs well on and off road. This truck is fun to drive and is built to handle being used hard if desired. The current mileage is 82,734. The upgrades and features are as follows: 420HP, TS Performance chip and air intake, performance built transmission, 40" Toyo MT tires(80% tread condition) on 22" black Mazzi wheels, new Fox Racing 2.0 Reservoir shocks all the way around, 12" ProComp suspension lift, 4" high flow exhaust system with 6" black exhaust tip, new (2)stacked 50" LED light bars, new Iron Cross front bumper with LED fog lights & hooks & 12,000LB winch, new Body Armor rear bumper with shackles, Raptor lined bed, hi-lift jack mount, new aftermarket fender flares, custom fabricated black grill with chrome studs, New aftermarket LED headlights and LED taillights/3rd brake light, new (4) Kenwood speakers, new Kenwood stereo head unit, all leather interior, wired for trailer hauling, upgraded steering components for smooth handling.
This truck gets a lot of compliments and although it is big, it was built to with a tasteful appearance in mind. If you're reading this then you already know the 7.3L engine is the toughest, most reliable engine Ford produced and they will outlast and out run other Diesel engines by a long shot. If you're looking for a nice custom rig that will last, this is it.