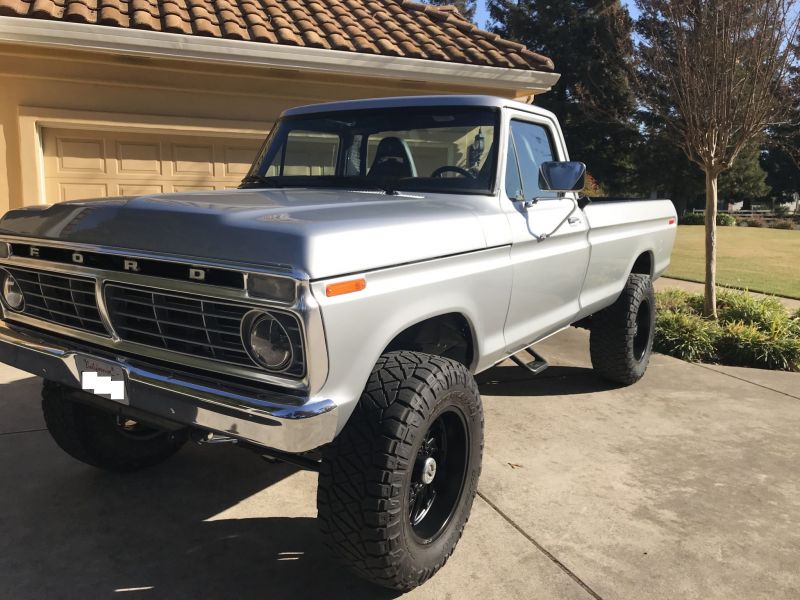 EMAIL : carolynavasquez3@gmail.com This 1974 Ford F-250 is a regular-cab pickup finished in silver over black and is powered by a 5.9-liter 12V Cummins turbo diesel paired with a five-speed manual transmission and a dual-range transfer case. Equipment includes bed liner, a diamond plate toolbox, a hitch receiver, towing mirrors, side steps, tow loops, a Viper alarm system, an updated interior, power door locks, a CB radio, and a 1000-watts ,tereo system. This F-250 is offered with a clean California title.