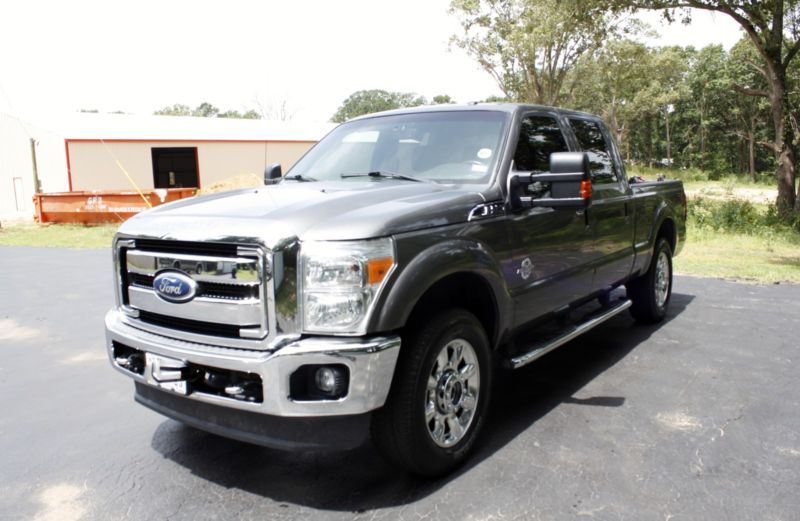 2011 ford f250 super duty lariat fx4 with the 6.7 powerstroke diesel. Clean carfax, clear title, heated/ac leather
seats, remote start, SYNC, electronic 4x4 with locking front and rear, backup camera, too much to list. 98XXX
miles. Still a daily driver until it sells. Small dent under passenger side tail light, inside of the bed is a
little rough, has b&w turnover ball, still a daily driver so mileage will continue to go up slightly. Has ford powertrain warranty until 100,000 miles. The
tires currently on the truck will probably need to be replaced within the next 6 months or so. Rear brakes are
brand new and the oil and both fuel filters were just changed at 97,400 miles. This truck is still my daily driver
until it sells so the miles will continue to go up slightly.
Please email me with any questions or requests for additional pics or something specific.