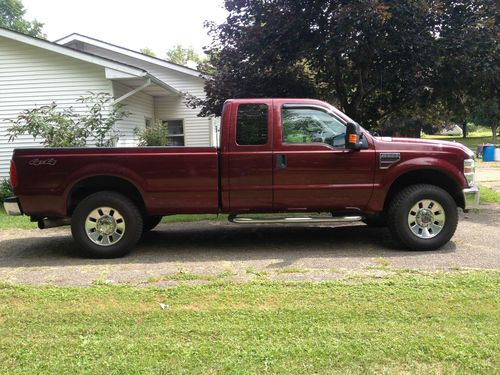 2008 Ford F-250 4x4 extended cab with a 6.4 diesel. It has an H&s mini maxx tuner. s&b air intake. B&w goose neck hitch. 81,300 miles. it is a daily driver so the mileage will increase. The truck is maroon. 18 inch aluminum wheels. Bank has title it will take however long to get title from bank. Call for more photos. If you have any more questions contact Jay at 330-931-1277. Thanks! Truck is for sale locally so I do have right to end auction at any time.