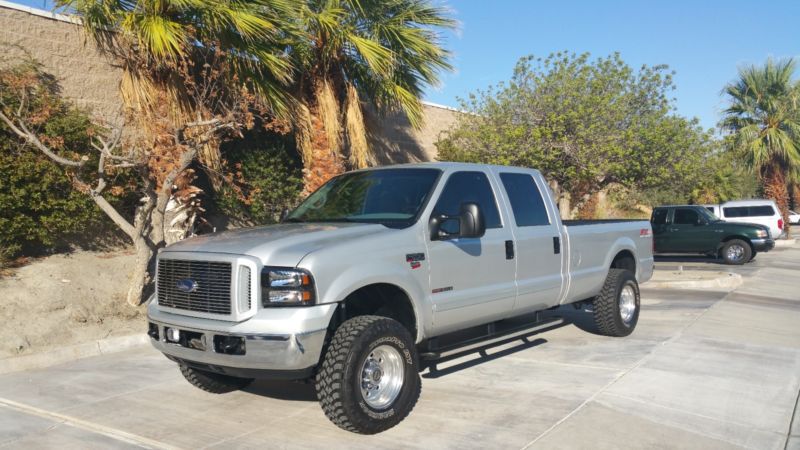 Just email me at: alyceallisby@ukhot.com .

CLEAN, RUST FREE UNDERSIDE. This truck is an absolute cream puff and drives absolutely exceptional, and is excellent through out. Has been garage kept.

UPGRADES ON THIS TRUCK INCLUDE:
Professionally installed 6" lift installed in 2010 by 2nd owner with Bilstein duel stainless shocks in the front and single in the rear.
Firestone rear airbags added for extra loads and to raise and lower the truck in the rear.
Hellwig adjustable sway bar end links are new.
Tires are 305/75R16 Hankook Dynapro MT's (less than 500 miles on them and are 35" in diameter) on 16X10"
Weld polished forged light weight wheels.

Ford Racing leather interior kit installed in 2010 and is much nicer leather than original cloth or optional leather.

Dual gauge pod is color matched to the interior and has a Autometer boost gauge and exhaust temperature gauge to keep track of exhaust temps when towing, both light up when lights are turned on like OEM gauges.

Line-X spray on bedliner has no dents, scuffs or fading, and looks like new and also has a bed mat on top of it (truck never drilled for 5th wheel or gooseneck hitch in bed).

Windows are 3M titanium tint all around.

Turbo was rebuilt and balanced with Banks Wicked Wheel and Big Head Banks wastegate at 160K miles and sounds amazing, with tremendous power!!

The transmission had new bells, seals, clutch packs, and upgraded torque converter and valve body done at 168K miles by Ford dealer and an OEM Ford 6.0 transmission cooler was installed at this time which is 3X the size of OEM 7.3 cooler.

Stereo is a touch screen Alpine unit with Bluetooth and adapter for I Pod or to hook to your phone, Kenwood amp under rear seat and XM satellite radio. It also has CD and is Navigation/back up camera ready. There are aftermarket expensive speakers in all 4 doors and a gray carpeted JL Audio box behind rear seat with two 8" subwoofers. Sound system sounds incredible and clear and crisp.