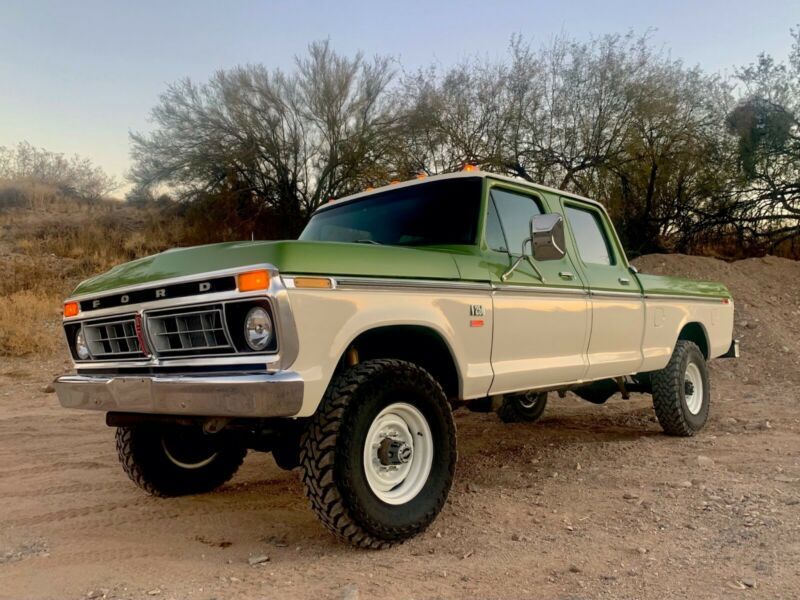 This is a very fun, head turning, highboy truck. It’s been very reliable, starts with just a bump of the key,
shifts like a rifle, runs smooth and straight. The nice, dry cab has the Ranger XLT trim including the shiny
headliner trim, dash, factory AC body (comes with take-off OEM components, not hooked up) side trim etc. It has an
FE V8 block, the numbers look to be a late ‘60s 390 or 428, but not confirmed. Runs a 4v carb, 4 speed, headers,
dual exhaust (no cats) and a divorced transfer case. Both the cab and the mid-ship fuel tank work. It second bed
side door to add a rear tank if desired. Sometime ago a single cab frame was nicely lengthened and the crew cab
with a short bed where added. The lights, horn, etc work except for the oil and temp dash gauges that have
aftermarket under dash replacements. The above is how I purchased the truck. Since then the following new items
have been completed.

New within about the last year or 2k miles: