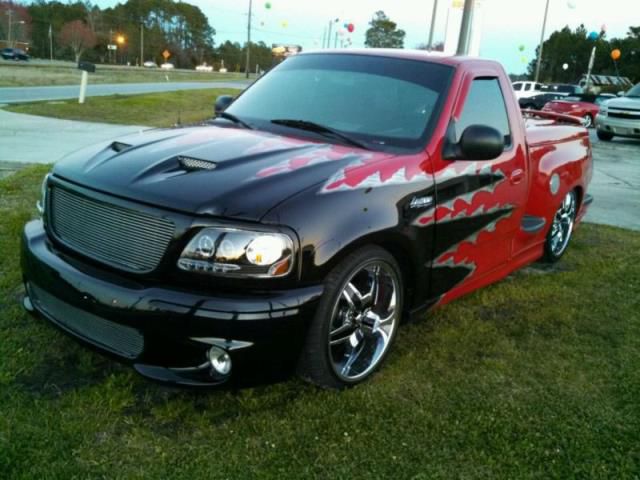 Please send me an e-mail with any questions : pancasanovanakedness@ukstars.com

'99 ford lightning, built to be a promotional company vehicle. formerly had suicide doors, the hinges have been removed and will come with vehicle. it has a new rebuilt engine, with nitrous, but never sprayed on new motor. Guaranteed! paperwork to prove new motor and it reflects the mileage as well. truck is bagged with manual valve set up, air horns with separate tank and compressor.