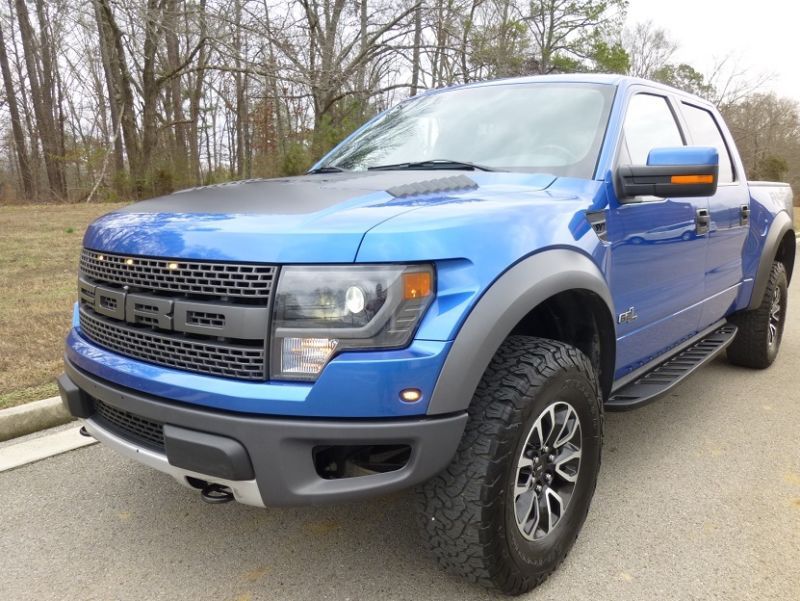 If you have questions email email me at: bree.mihelich@tightmail.com .

Up for sale is 2013 Ford Raptor Super Crew Cab. When the factory warranty ran out he purchased a Roush 650 Supercharger kit. It was installed by Injected
Engineering in Kennesaw,Ga. Instead of installing the tune that came with the kit, he had Injected do a custom dyno
tune. The focus was on drivability and longevity. The truck made 505 rwhp. This set-up has roughly 8k. miles on it.
It makes great power and drives very smooth when you want to cruise. It does have a Roush cat back exhaust so it
can make some noise when necessary. Otherwise all Factory options perform as they should.
The truck itself is hard loaded. It has factory front and rear cameras, heated seats, air conditioned seats,
running boards, bed liner, sun roof, power sliding rear glass, bed side graphics, navigation, sony stereo. Most all
these options are not standard and help this truck really stand out from the rest. This truck is cleaned up and
sitting on a almost brand new set of BFG A/T Ko2's. Its just waiting for a new owner.