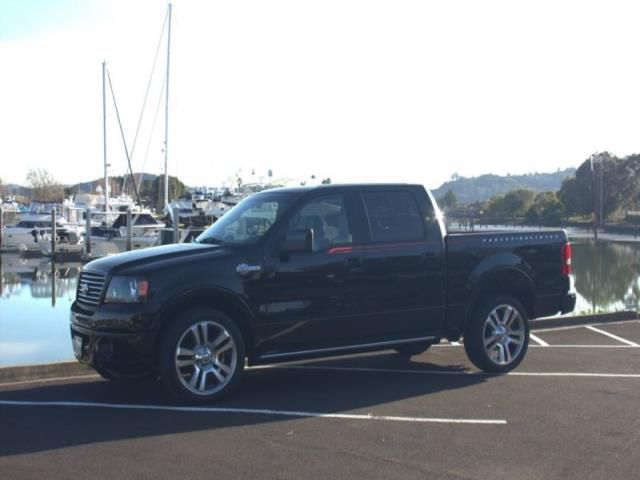 This 2007 Ford F-150 Harley Davidson is in excellent condition and equipped by the manufacturer with a supercharger by SALEEN to give it 450HP, 500 foot pounds of torque, and an even more distinctive growl from the exhaust. The truck is a rare 105th Anniversary limited production outfitted with all the options--power seats and locks, satellite radio, 22" premium wheels, Harley bed liner and Rhino liner coating, heated captains seats in the front, fog lights and more. It has the same supercharger as the Shelby GT-500 and the sticker was around $50K brand new. I'm the original owner and have only clocked 36,000 gentle miles; no accidents and a clean car history. The car is a beast and a blast to drive, unfortunately I don't have the space to keep it so it's time for someone new to enjoy it. The truck is like new and a dream to drive. I'm including the one-page brochure seen in the photos that describes the features of the Slingshot. I have the clean title in hand for easy transfer. Don't hesitate to contact me with any questions; I'm happy to arrange for in-person viewing.