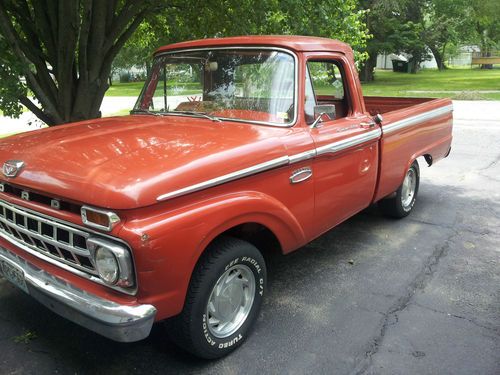 In 2005 I put in a MSD electronic ignition, power brakes and new 750 Holley. The carburetor is set for a C-6.  With a C-6 transmission that will make the pony's run  even faster than now.

You will fall in love with red at first look and first time you here the horse fire up. You will not want out of this ride.