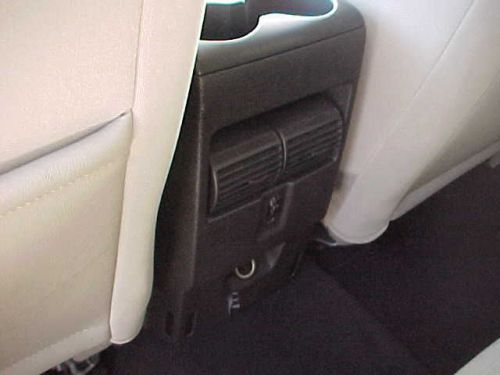 MUST SEE, YOU WOULD NEVER BELIEVE THIS ONE HAD AS MANY MILES AS IT SHOWES, EXTRA CLEAN,TOW PACKAGE , 2 WHEEL DRIVE, RUNS LOOKS AND DRIVES GREAT, ONCE YOU SEE IT YOU WILL LIKE IT, CD, SREERING AUDIO CONTROLA,TRACTION CONTROL, NADA BLUE BOOK IS ABOUT $11,000 EVEN WITH DEDUCTION FOR THE MILES, ALLOY WHEELS, WHITE LETTER TIRES, SHARP, 5 PASSENGER. LOCATED 10 MILES WEST OF DAYTON (RT35WEST) 105 W MAIN ST NEW LEBANON OHIO 45345 IN BUSINESS SINCE 1980 AT THE SAME LOCATION WE HAVE OUR LOT BY OUR HOUSE (NO OVERHEAD !! WHICH SAVES THE CUSTOMER$$) NO HIGH PRESSURE SALES, I PERSONALLY DRIVE ALL THE VEHICLES. PLEASE CALL AHEAD TO SEE THIS ONE 877-212-7601 BILL SLACK WARRANTY AVAILABLE CELL PH#1 877-212-7601 . SORRY NO FINANCING CHECK YOUR BANK