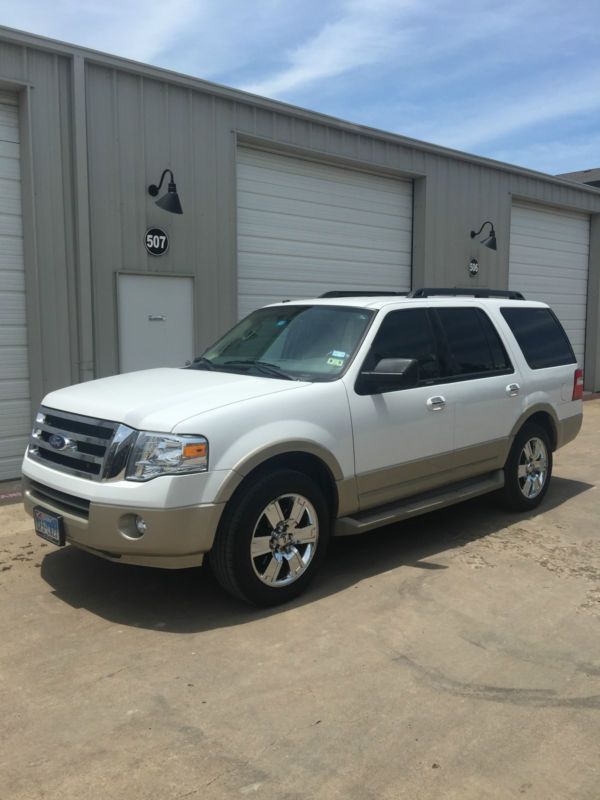 Just email me at: joshjsskowron@charltonfans.com . For Sale is a 2010 Ford Expedition Eddie Bauer Edition. VERY LOW MILES 38950.
SUV is in Pristine condition. White and Tan Exterior and Tan Leather Interior.
Some of the extras include: