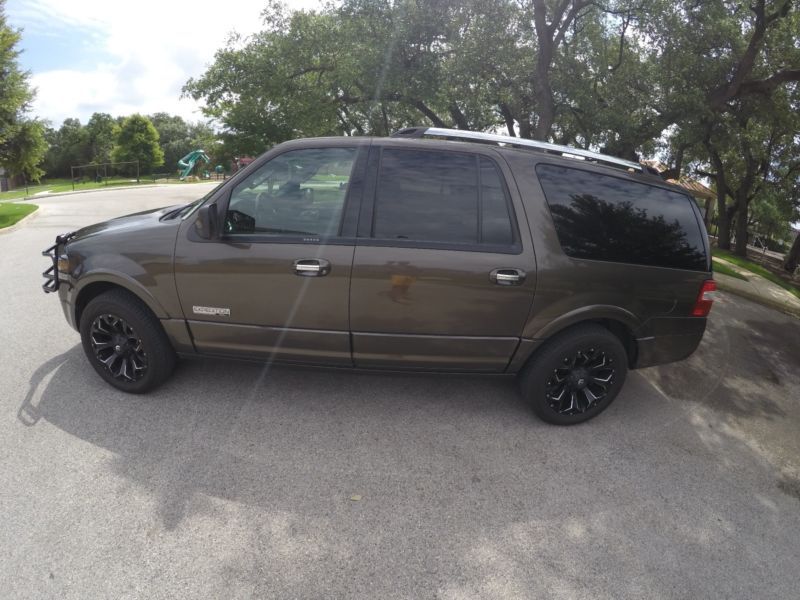 Feel free to ask me any questions about the car : joaneeckblad@netzero.net .

I've owned this vehicle since new in 2008. Always garage kept. Non smoker. Impeccable service. Never wreck or
damaged. Has a clear title. Unlike buying from a dealer or a multi owner car. I've owned and serviced this vehicle
since new. I've never spared any expenses in keeping it serviced and doing all the recommended ford services. Make
sure if your looking at another expedition find out if the spark plugs have been changed if over 100K miles. I've
changed mine at a cost of $1200.00 along with all the other major service items. This truck if fully Loaded! 4WD.
Front and rear heated and cooled bucket seats. Third row seating thats electric folding. Rear entertainment System.
Premium sound system "sounds great! no busted speakers", Sun Roof, Electric deployable running boards, AC was
serviced last summer with a new rear condenser installed and works great. Navigation, XM radio with aux plug in,
Vehicle info system on dash panel, After market trailer brakes 'Only pulled our light 2 stall sundowner trailer
maybe twice a year. Rear airbag suspension system, keypad door entry, electric/folding mirrors, rearview mirror
back up camera, CC and volume controls on steering wheel, adjustable foot pedals, rear ac and heat controls. I
purchase new tires "look new", and new fuel wheels, New brush guard and ford headlights