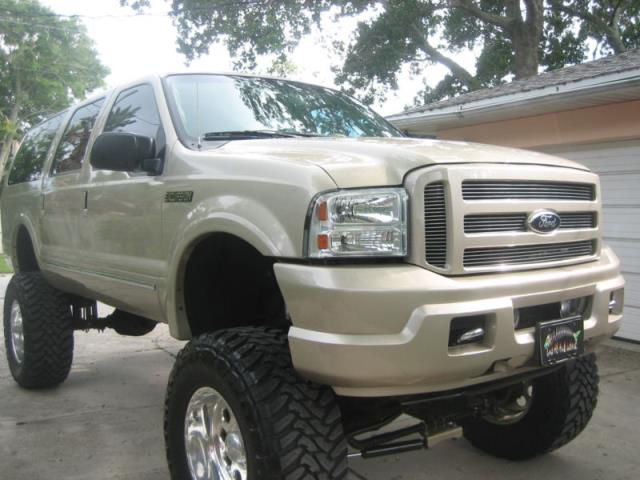 This is a one of a kind head turning lifted Excursion! v -10 , leather, 40 inch Toyo tires.Bilstein shocks. Custom drop hitch,Train horn. very rarely taken out in the rain. Well cared for , and garage kept for 10 yrs. You will get lots of attention in this one! Call or text for any questions! Must be picked up and driven to your home. 13 inch total lift. Amp steps that come down when you open the doors. Leather seats are in very good condition! Smoke free! We had her 10 yrs and replaced the tires 3-4 times. I have the receipts. Just had tires rotated and oil change. Great running condition!
Feel free to contact me with any questions or concerns : donbarnardfww@yahoo.com