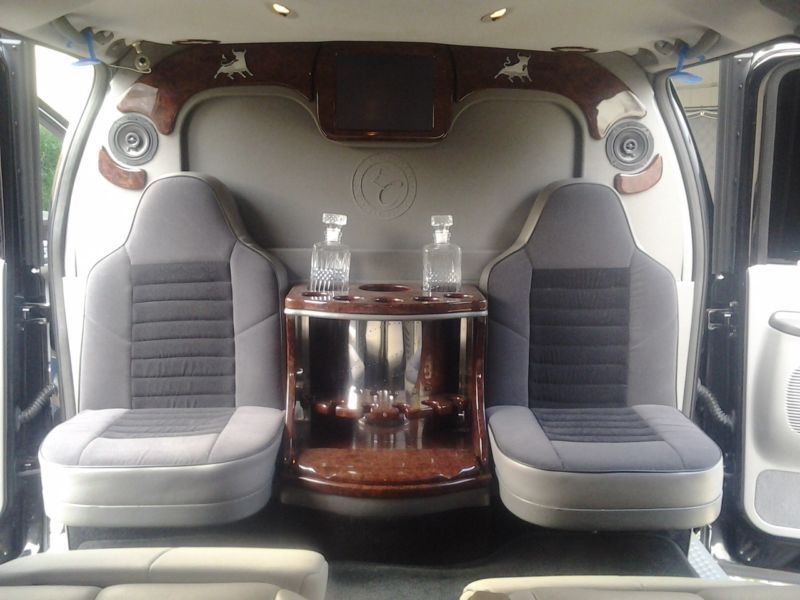 If you have more questions or want more details please email : santosmerel@juno.com .

This beautiful 2004 luxury Coach SUV has been well maintained (have several years' maintenance records). The
pictures tell the story. This vehicle is being sold "as is", but is in good running condition with no major issues
(see pictures for cosmetic scratches and tear in seat). This vehicle has been a personal vehicle for an executive
CEO. It has not been in a fleet or used by a limo company nor has it been used for commercial services.
Vehicle is switchable 2 and 4 Wheel Drive, has backup camera, power everything, CD and DVD in front and rear of
cabin, reclining Maybach style seats plus 2 additional jump seats (seats 4 people in rear plus 2 people in front--6
total passengers), interior mood lighting with three flat screen TVs in rear compartment and with bar and champagne
wells for ice and flutes. Privacy partition separates you from your driver; partition rolls up and down. Includes
heavy duty tow package, XD Series premium upgraded rims and all-terrain Goodrich tires with 75 % tread life
remaining. After market upgraded head and tail lights (see photos).