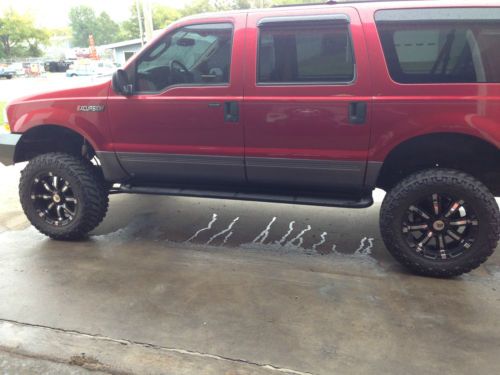 This is a 2003 Ford Excursion 4x4 with the 7.3 POWERSTROKE DIESEL. We just had brand new RBP wheels and Nitto tires put on less that 200 miles ago. It has a 6'' Rough country lift on it with dual steering stabilizers, Iron Cross front bumper with bull bar and a AFE open air kit.

I also have this listed for sale locally and reserve the right to end the auction early.
On Oct-15-13 at 15:52:55 PDT, seller added the following information:

I also put on slotted and drilled front and rear rotors and extreme pads when I put the new wheels and tires on.