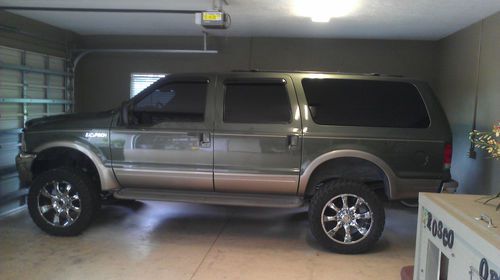 2001 Ford Excursion Limited 7.3Turbo diesel 122000 miles The vehicle is in perfect condition will not be dissappointed. Garage kept