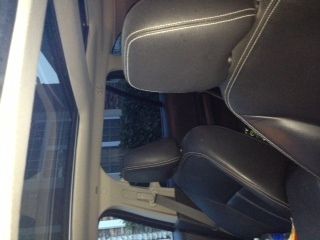 Condition: UsedA vehicle is considered used if it has been registered and issued a title. Used vehicles have had at least one previous owner. The condition of the exterior, interior and engine can vary depending on the vehicle's history. See the seller's listing for full details and description of any imperfections.Seller Notes:"excellent shape needs nothing, interior near perfect, exterior looks great as well."

Super nice 1 owner Ford Edge priced for a super quick sale, dealers welcome, one owner unbelievably clean, oil changed every 4000 miles since new, limited, all the buttons, glass roof, leather interior. needs nothing, you will not find a better cleaner Edge no where. chrome wheels, 134 000 miles ALMOST ALL INTERSTATE  call or text with questions. six, one, five, four, eight, zero, six, two, two, six, this Edge is excellent needs nothing just have the new car fever, I live 35 miles north of Nashville TN.