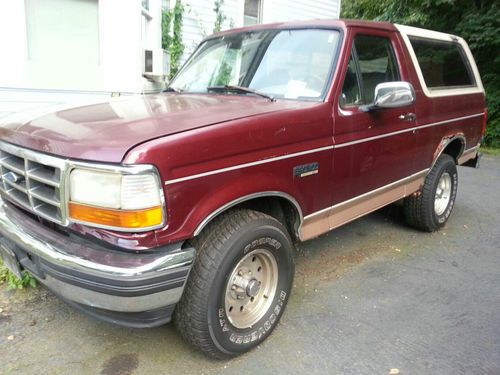 Truck runs good and is in fair condition
Two tone burgundy and tan
Automatic with Tan leather interior
Power doors and windows
4 wheel drive
Original tires and 20 inch rims included
Rear window is missing as pictured
Needs oxygen sensor
Non smoking
Strong truck
$3,995.00 any serious offer will be considered Thank you
Truck is sold as is
Pick up only
Any questions call I be reached at (845) 721-2954