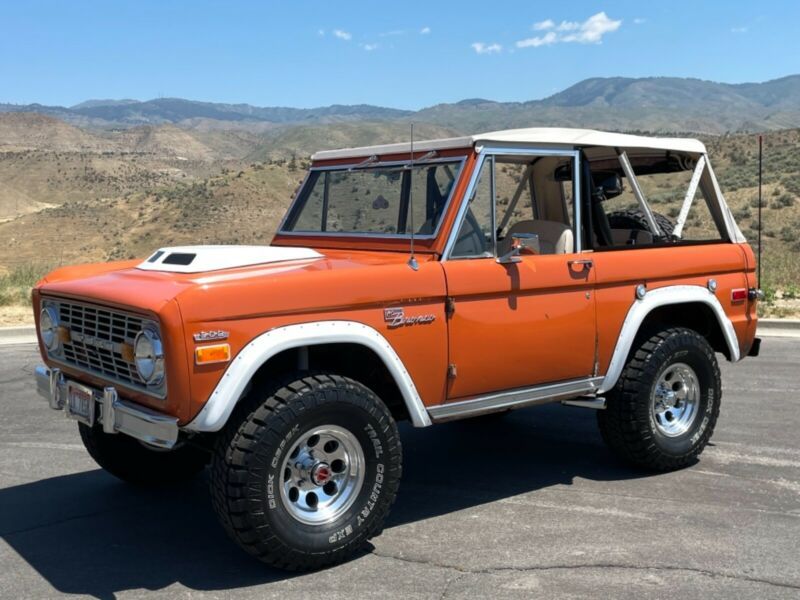 TRUE SURVIVOR!!!! All 3 VIN #’s Match!! I brought it home and cleaned the fuel system and put in a new battery
and she fired right up. Runs and drive like new. ONLY 112,000 ORIGINAL MILES!!!!! I
The paint is 100% Original and Very Shiny. The body is Very Solid and Straight with No Dents. Only a few spots of rust. Floors and Frame are 100% Solid!!!
Original bumpers are nice, shiny and straight. Original windshield and side glass are near perfect with no chips
or scratches. Original 302 Engine Runs Excellent!!! Original 3- speed manual transmission shifts great. The only
drivetrain modification is I added a new 4 barrel carb. I still have the the original intake and carb. And
original owner converted the 3 on the tree, to a Hurst Floor Shift. Over the last year I replaced all of the
interior including original color seats, and side panels, added carpet “Original rubber floor mat is still under
the carpet” and added the soft top. Original Hard Top is included as well as a Safari Rack. EVERYTHING WORKS,
ALL GAUGES, LIGHTS, AND SWITCHES. Brand new “Stick On, no holes cut in the hood” Hood Scoop, Fender Flares,
and 5 matching Wheels and Tires. New Brakes and Master Cylinder. Original clutch.