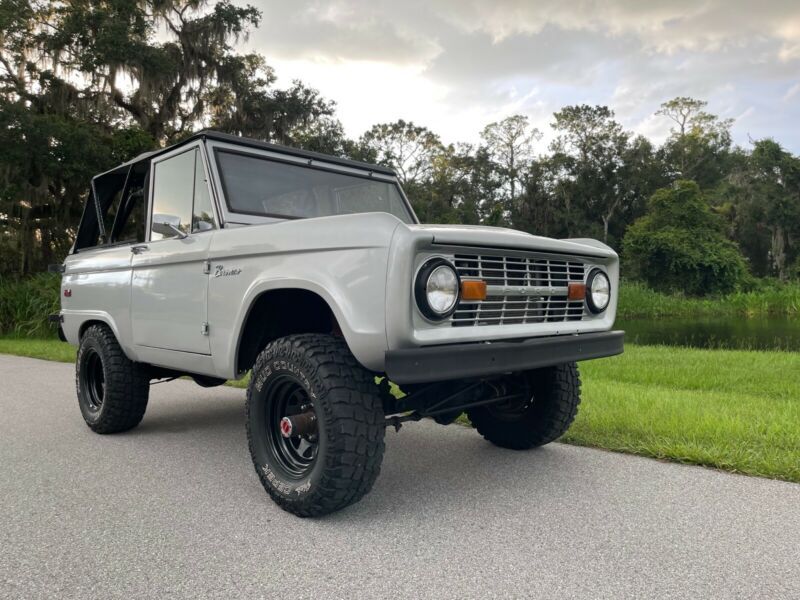 This is a beautiful 1974 Ford Bronco with the original .302 V8, Automatic C-4 transmission, and Ford 9” rear end.
The engine and transmission were rebuilt in 2019 and have less than 5000 miles on them. The following body parts
were replaced with heavy gauge steel replacement parts for Jeff’s Bronco Graveyard; front fenders, both rockers,
and the floor pans. The rear fenders are original and uncut. I bought this Bronco in 2013 from a family member who
owned it for nearly twenty years. The truck was rarely driven and stored in her barn. This truck was rebuilt to be
a daily/weekend driver, not a museum quality show truck.