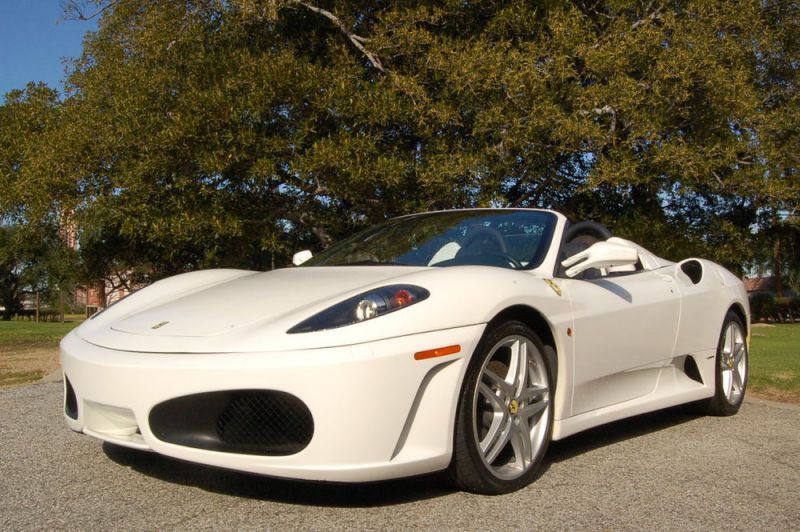 The Guinness-certified world record for "fastest speed for a car driven blindfolded" is 186.12 miles per hour, set by Mike Newman in a Porsche GT2 last year at Bruntingthorpe Proving Ground in England. Then earlier this year, Newman said he'd go for the 200 mph mark - something he might want to talk to fellow Bruntingthorpe speed demons Vmax200 about. UK firm Extreme Motorsport, which seems to have been set up solely to set blindfold driving and riding records, wants to wrest the record from Newman using a Ferrari 458 Challenge and the even longer runway at Elvington Airfield in York, England.
Strangely, it appears the terms "legally blind" and "blindfolded" equate to the same thing. The Guinness record and Extreme Sports say "blindfolded," but Newman and the man who held the record before him, Turkish pop singer Metin Sentürk, are legally blind and neither of them wore blindfolds during their record attempts.
No matter - the real point is that Extreme Motorsport is casting about for a driver to set a new record. The could-be-shady part is that Extreme is pretty vague about what's involved; they'll provide the car or the motorcycle, but you have to "choose a charity and pledge to give them all the funds you raise above the entrance fee and for any other personal expenses you may need to participate in the challenge." Extreme doesn't give any indication of how much that entrance fee might be.

When we think of desirable Ferraris from the 1970s, the choices are somewhat thin. Obviously, there was the 365 GTB/4, better known as the legendary Daytona, but that was initially a product of the 1960s. Really, aside from the arrival of the stylish 308, the 1970s weren't a strong decade for Ferrari.
As Ferrari the brand grows, though, even some of its less-desirable cars are becoming popular among enthusiasts. Considering that, we should begin hearing more mid-70s Ferrari love, such as that being espoused by Anthony Rimicci, for his Dino 308 GT4.
As the first mass-produced, mid-engined V8 Ferrari, the Dino-badged 308 GT4 can best be thought of as the earliest ancestor to the 458 Italia (other mid-engined Ferraris, like the 250LM and 288 GTO are more akin to the Enzo and LaFerrari). It was also the final car in the Dino line, while many of the vehicles were rebadged as Ferraris, following lackluster sales.

Ferrari has announced the automaker will debut the company's "most powerful HyperFerrari [sic]" at this year's Geneva Motor Show. The news came courtesy of Instagram, where the Italian automaker posted a familiar-looking rendering with a quick note. Details are still remarkably scarce, though Ferrari says the successor to the Enzo throne will be able to "turn into a corner" as quick as a Formula One car thanks in part to the fact that the road-going machine will feature as much downforce as an F1 competitor. From what we've heard so far, the Enzo replacement will boast over 800 horsepower from the combination of a V12 engine and a HY-KERS system.
We've already heard some interesting tidbits about the new machine, including the fact that each model will come with a driver's seat tailor made for the buyer. Ferrari says we can also expect to see a quicker 0-120 mph sprint than the old Enzo with 40 percent fewer emissions. Stay tuned for live photos from the 2013 Geneva Motor Show.
UPDATE: After some looking into it, Ferrari does not appear to have an official Instagram account, or at least doesn't list one alongside its other official social accounts. We're of the mind now that what appeared on this Instragram is not officially from the Horse's mouth.