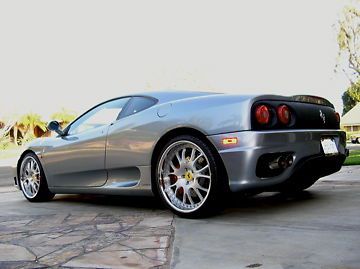 Automobiles keep getting more and more advanced, with computers playing an ever-increasingly vital role in their operation. But some things remain the same. Despite more advanced (if not necessarily better) technologies available, we still burn fossils to fuel our engines, we still check what's behind us in actual mirrors and (with few exceptions) we still turn a steering wheel mechanically connected to the front wheels to change directions. But that doesn't mean automakers aren't working at new solutions.
We've sampled electric steering systems developed by Japanese automakers like Honda and Infiniti that disconnect the front wheels from the steering column, but while those systems may be the way of the future, they leave the driver feeling physically disconnected from the road. Ferrari, however, has a different idea.
Instead of either relying completely on a traditional system or replacing it with an entirely digital one, Ferrari appears to have found a sweet spot in the middle. According to a patent filing obtained by Evo, Ferrari is developing a system that still uses a direct mechanical steering linkage, but enhances it through the use of software that corrects for certain inconsistencies.

In case you haven't been paying attention, it's "Big Money Week" on the long-running The Price Is Right televised game show. In a nutshell, it means that more than a million dollars in cash and prizes are up for grabs for those lucky enough to "come on down," play some games and correctly guess product retail prices.
Moments after opening the show Thursday, host Drew Carey broke the unexpected news. "Today you are going to see the single-most-expensive prize in the history of the daytime Price is Right," he boasted before the curtains were pulled back to review a brand-new Ferrari 458 Italia Spider.
To win the car, the contestant had to play "Three Strikes" - blindly pulling numbers out of a bag and putting them in the correct price sequence before grabbing three dreaded red strikes. As expected, your typical The Price Is Right contestant is about as familiar with today's retail Ferrari pricing as they are with fractional jet ownership. We won't spoil the fun of whether or not a lucky contestant gets to drive the $285,716 exotic home (and pay a midsize sedan's worth of taxes), but feel free to speed ahead to about the three-minute mark on the video below to watch the reveal.