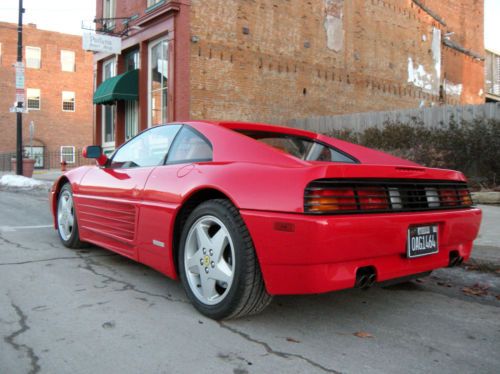 Unless you own a very special Ferrari, the only way you were going to park on Rodeo Drive in Beverly Hills today was to walk there and sit down on a bench. Otherwise, occupying the length of the plutomaniac's thoroughfare was everything from a 1948 166 MM Barchetta, the very first Ferrari imported to the United States, to the brand new 458 Speciale A, introduced at the Paris Motor Show earlier this month. A collection of 60 significant Ferraris were on display to celebrate the marque's 60th anniversary as a US citizen, and it was the most impressive gathering of Italian metal we've seen since the company threw its 50th anniversary event at Pebble Beach a decade ago. How about a Le Mans class-winning 250 GTO, the 1954 375 MM Scaglietti Coupe that won best of show at Pebble Beach back in August, or one of the stunning 330 P4 race cars that was part of the 1-2-3 finish at Daytona in 1967? All parked on Rodeo Drive.
The special-est of them all received an introduction from new company chairman Sergio Marchionne, that being the F60 America. Only for the US, with all ten of them already sold for a reported $2.5M each, the F60 America reaches back to early America-branded offerings like the 340 and 375, and US-focused convertibles like the 1967 275 NART Spider, 1969 365 GTS4 Daytona Spider and 2005 575 Superamerica.
Unlike those Spiders, however, the F60 America is a voluptuous departure from the F12 Berlinetta it's based on, with the subtracted top opening up the flex of its hips, pairing nicely with the swell over the front fenders. As we told our photographer Drew Phillips, we're looking at the future of Pebble Beach, and you can enjoy it in the photos above or the rest of the Ferraris on display in the gallery below.