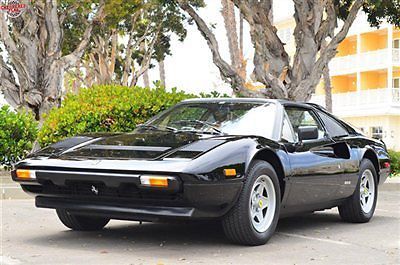 Vintage Ferraris consistently top the list of the most expensive cars ever sold. In private treaty sales, the 250 GTO is king, but even at public auctions, it's the horses that prance the highest. After the Mercedes W196 grand prix racer that set the world record this past July at nearly $30 million, the list of eight-figure sales is populated almost entirely by Ferraris: a 275 GTB/4 NART Spyder for $27.5 million, the pair of '57 Testa Rossas that sold separately a few years ago for $17 and $13 million apiece, the 250 LM recently went for over $14 million and the 250 GT SWB California Spider that sold in 2008 for $11 million.
Now RM Auctions has another California - this time a long-wheelbase model - on consignment for its upcoming sales in Arizona, where it is expected to fetch between $7 and $9 million. The 11th of only 50 made, chassis number 1055 GT features matching numbers, in red over black with those highly-coveted covered headlamps from the factory. It was delivered new in 1958 to Texas and was owned by some prominent Ferrari collectors and historians across the United States.
It underwent a comprehensive restoration in 1994 before taking the top prize in its class at the Cavallino Classic and has made the rounds of numerous other concours. It's spent the last few years in northern Europe and is now being put up for auction. "It is so choice," as our childhood friend Ferris would say. "If you have the means, I highly recommend picking one up." Check it out in the gallery of achingly gorgeous photos above and the details in the auction listing below.

For every finished vehicle design we see, there are probably hundreds of drawings and models that have long since been discarded. Housed in its own room inside the Ferrari Museum in Maranello, the LaFerrari has a unique exhibit that shows off some of the car's design evolution, and Autocar caught up with Ferrari design director Flavio Manzoni for an even deeper look at what went into creating this hybrid supercar.
In addition to the final product, the LaFerrari exhibit also reveals some of the designs that didn't make the cut - two of which made it to the full-size scale model phase, though. The display shows off five different designs (three from Ferrari and two from Pininfarina) that were in the running to become the final LaFerrari.
The interview with Manzoni even adds in some juicy bits of info, including news that one of the potential LaFerrari designs has been locked away and could resurface as a special, one-off model. Manzoni gets in a couple of good quotes while voicing his opposition of the current retro design language currently being used by some automakers, as well. Check it all out in the video below.