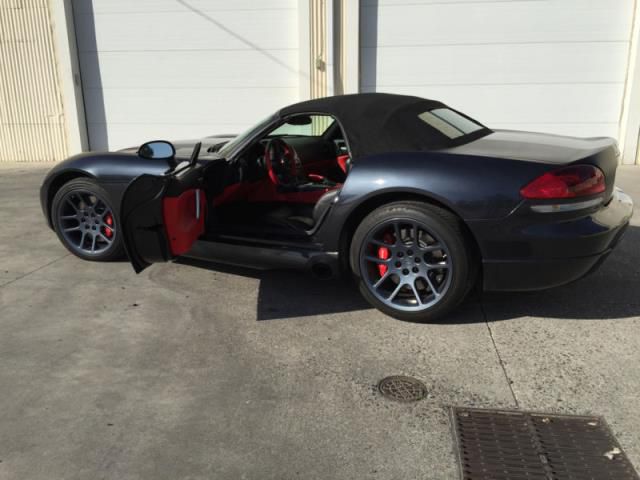 For sale a 2005 Viper srt10 Mamba edition #164/200. V10 with 7700 miles. The car comes with a branded title Safety inspected by the state of Washington and titled. The car was purchased from an auto dismantler in Central California. After traveling home and further inspection I concluded the frame needed to be replaced instead of repaired and welded as many of these vipers that have been in wrecks have done to them. New frame was purchased and installed under the car. All components and body work has been completed to a very high standard as you can see by the images. A three tone custom PPG paint job was applied using a hot rod flatz top with contrasting rally stripes in a gun metal grey/blue and accented with the red pinstrips. I have documentation images of the new frame being installed. Viper frames from Chrysler are 21k. This was not a cheap rebuild. The reason for selling this car is I don’t fit. I’m 6’3” if you are over 6 I would reconsider the generation 3 viper due to leg room. Parts that where changed out on this car. Front bumper and supports, headlight, fog lights, AC radiator, power steering pump, power steering rack and bushings, and frame. The car runs and drives nice AC blows cold air, the bags did not deploy in wreck so the dash and steering wheel are all original, interior is spotless not stains etc, seats look brand new. If you are looking to save thousands on a low mile viper and understand the beast you are going to purchase this car is for you. My lose your gain.