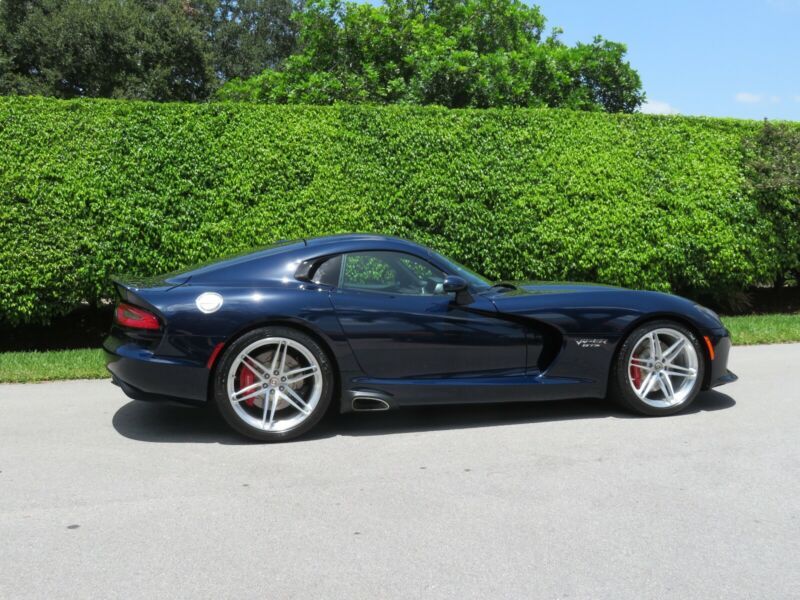 For sale is my 2017 Dodge GTS Viper, this car is absolutely new with only 1,467 original miles. I am the original
owner. It has every option available on a GTS model including the 18 speaker stereo system with a beautiful tan
leather interior. I've always babied the car it has never seen rain and been garage kept it's entire life. It is
completely original with a full factory warranty. The only things that I have added is a custom set of HRE
wheels, the paint has been ceramic coated which gives it a beautiful finish also a custom made clear bra to protect
it from road debris and a custom made car cover to protect from dust. There's not one scratch on the car, it's
just like buying a Brand New Viper from the Dealership.