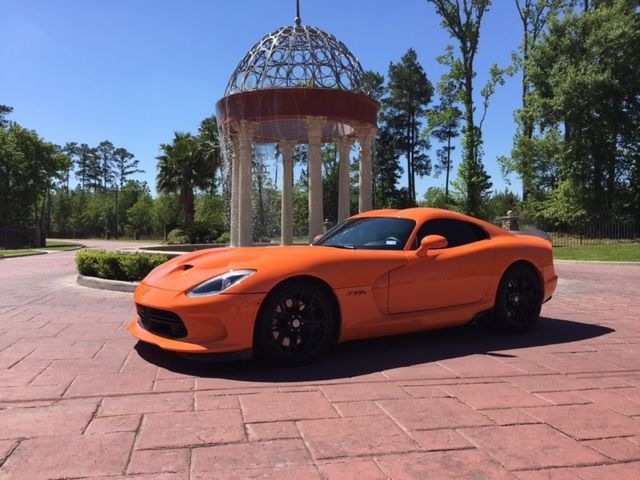 If you have any questions feel free to email: pampccorton@gunnersfans.com .

I've decided to part with my 2014 Orange TA (#70 of 93).
Car was purchased from a local dealer here in TX and I am the first owner.
It currently has 40XX miles on it and is in Excellent condition....hard to believe you'll find one in better
condition.
Car is stock with the exception of the following:
Clear Bra ($2000) - Front Bumper, 1/2 Hood, Full Rockers, Side Mirrors, Rear Spoiler, and Rear Bumper sides
Ceramic Window Tint ($350) - 20% All Around
Color Matched Valve Covers ($200)
I don't see a huge need to go into a whole lot of details on this car. Everyone knows the Orange TA is arguably the
most sought after of the G5's and this car will sell fast.
Exterior of this car is in MINT condition with the exception of 1 minor cosmetic rock chip on the driver's side
rocker panel (last picture).
Price is FIRM at 90.....please don't waste my time with offers for less.