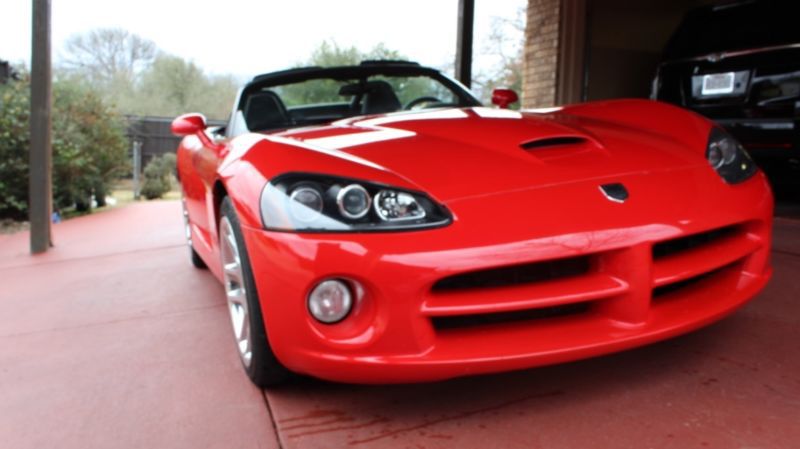 ANY QUESTIONS JUST EMAIL ME: amy.witkus@manlymail.net .

2003 Dodge Viper Convertible. Red with black top. Nice, clean car with a 6 speed transmission, cold ac, clean
interior with the normal worn driver's seat back from getting in and out. This car runs out nicely, nice top no
leaks. The exterior looks good with a few nicks and scratches. The car has just a little over 31K miles and runs
out great. The car is sold AS IS with NO WARRANTY
either written or expressed. You are welcome to see the car in person, drive it, take it to a mechanic, kick the
tires, and crawl in, over and under it. You can drive the car home or have it shipped at the owner's expense. I
can store the car for up to two weeks, once it has been paid for.