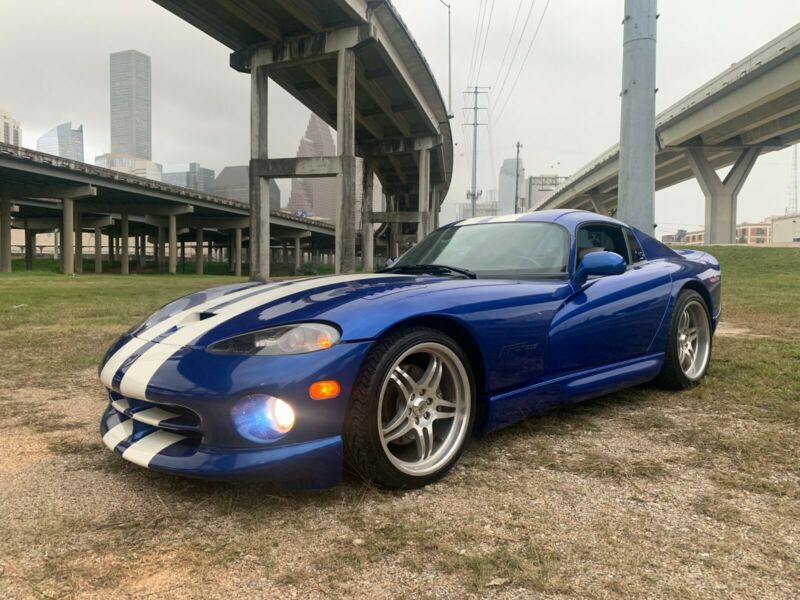 This is SUPER LOW MILEAGE Dodge Viper only has 9000 TOTAL ORIGINAL MILES. Car is in the gorgeous Viper Blue with
White Stripes. Car is outfitted with CCW wheels 19x10 front and 19x13 rear with Michellin Pilot Sport Tires
275/30ZR19 Front and 345/30ZR19 Rears. Car has a Autorotor supercharger(from Mike Rowe Racing) that as installed at
Motorsport Technologies back in the early 2000's. The car made 661rwhp and 717lb/ft torque. The engine has full
length headers, 3" exhaust and bigger aftermarket throttle bodies to help that big V10 breath! A short throw
shifter and an upgraded centerforce clutch have also been installed. The interior has been redone with black and
blue seats and a white headrest to help compliment the white racing stripes. A custom stereo system was also
installed with a custom speaker box housing a 12" sony Xplode woofer with a Rockford Fosgate amp.