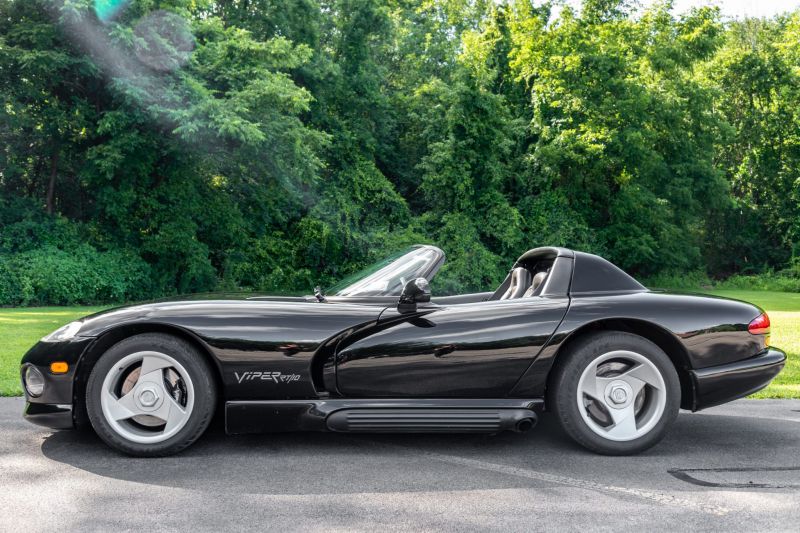 eMail me for more details : lischercathy@gmail.com 1995 Dodge Viper is finished in black over gray leather and powered by an 8.0-liter V10 linked with a six-speed manual transmission and a limited-slip differential. Additional equipment includes a removable soft top and side
curtains, a stock body-colored hard top, side pipes, 17" aluminum wheels, factory air conditioning, and an AM FM cassette stereo. My father was its second owner of 18 years and shows just under 13k miles .