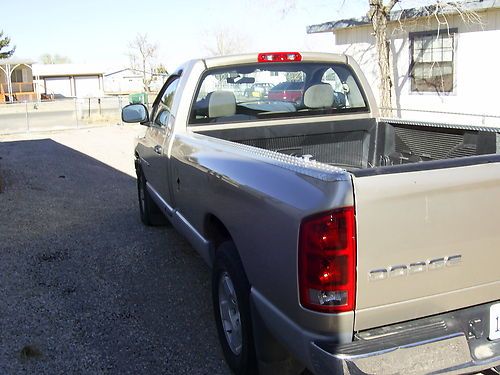 No idea why it has a salvage title,/read the report/,she ran over some mail boxes.

I changed rt.mirror and the windshield,that is all. WINDOWS ARE TINTED !  NICE
I HAVE OWN THIS TRUCK FOR 6 + YEARS.GETS 24PMG on the HWY,IT IS FULLY LOADED.
NEW FRONT BRAKES AND ROTORS. AIRBAGS ARE ORIGINAL!!!
NONE SMOKER. Title in hand.
My # is : 702 283 5539