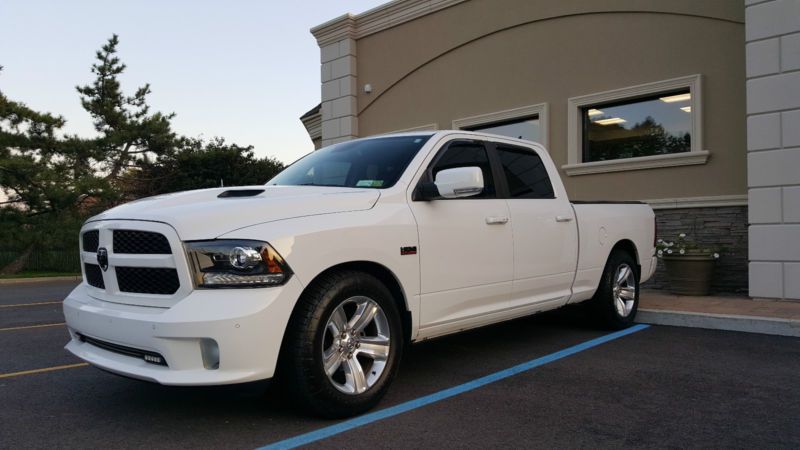 Send me an email at: zachariahfontenot@gmx.com .

2014 Ram 1500 Sport with the Factory Air Suspension option. The oil has been changed every 5K miles with Full Synthetic Oil Only. I just put brand new tires on the truck, the tires have less than 1,000 miles on them. They are the Nitto Terra Grappler G2 tires, I love the aggressive look of them.
The brake pads were just replaced when i put the new tires on as well. The truck is in mint condition and rides awesome.