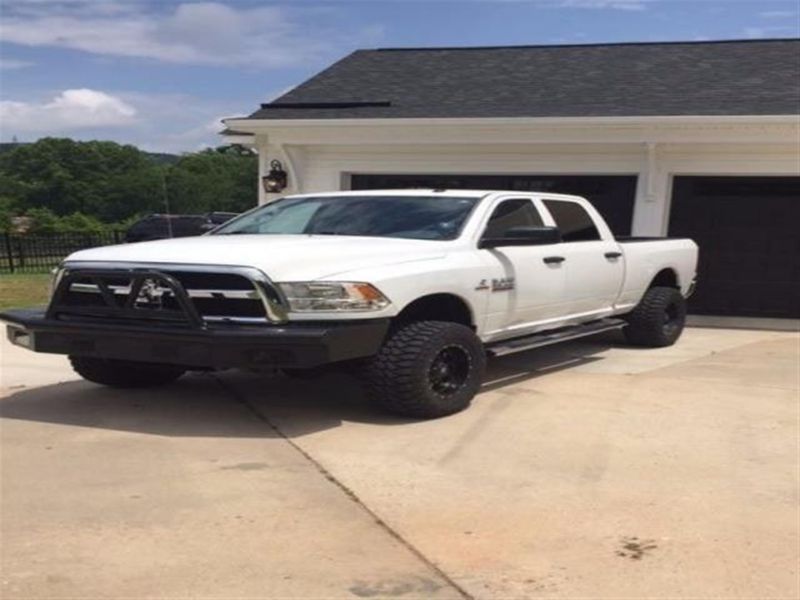 For more details eMail me : KathernBowdichptdi@yahoo.com

Very Clean Non Smoker 2013 Ram 2500 With 133,000 Miles. I Bought This Truck FromA Dealer Back In February Of This Year And After Graduating College In May I AmMoving To A City And This Would Be To Difficult To Park. Truck Runs Great And IHave Put Well Over 5k In The Truck. All Of The Work Was Professionally Done. IHad The Egr, Def, And Dpf Deletes Done By Them. Dent As Pictured And WindshieldHas Very Small Chip In It, But Its Not A Hole. Listed Below Is Everything. BrandNew Centennial Mud Tires 33x1250x17fuel Wheelsegr/def/dpf Rudy's DieselDelete Kit Professionally Installed Raceme Ultra Tuner Set At 150 Hp Boost WhichIs Mid-range For This Unit.5 Inch Flo-pro Turbo Back Exhaust Straight Pipes&bCold Air Intakedrop Hitch Comes With The Truckb&w Gooseneck Bumperrunning Boardselectric Brakefactory Engine Exhaust Brake GreatRunning Truck And Really Clean.