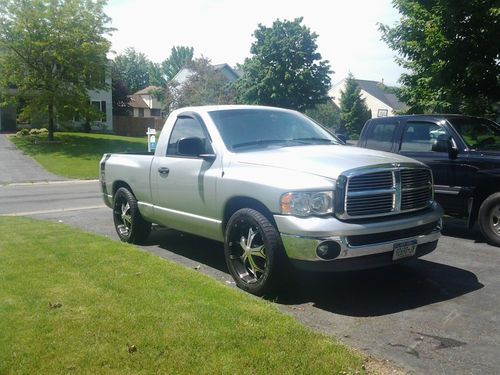 This Truck has approximately 78K on it. the engine oil has always been changed with full synthetic. The wheels are 22in fortes' with goodyear fortera tires on them are are at about 80% tread. There is an in Sony In-Dash DVD player and 2 10 inch subwoofers. The truck also has a viper alarm system installed on it. There are no mechanical problems with the truck currently and a new battery has just been put in. There is a small exhaust leek coming directly from the muffler so that could be replaced. But other than than it has new breaks and rotors i also have a superchips programmer and some spare tires just in case. Any other questions on the truck please msg me.