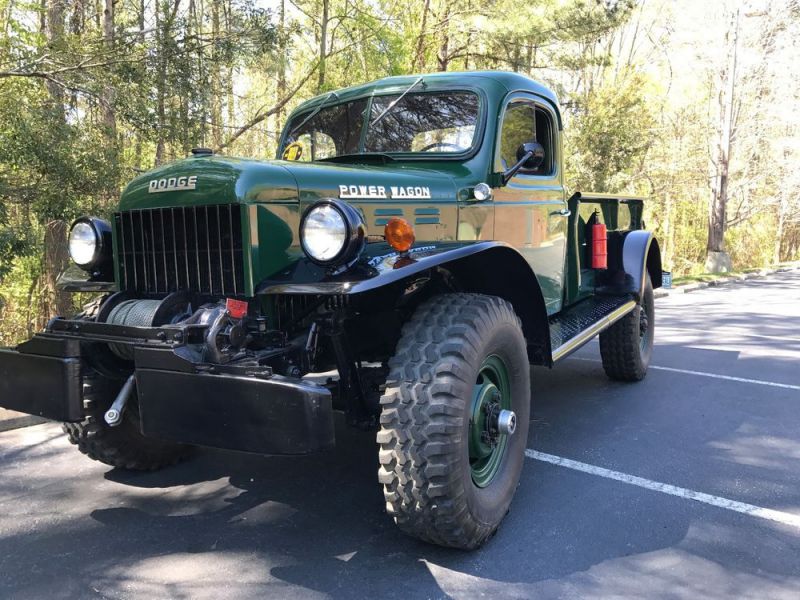 If you have any questions please email at: maximomwwoodfin@clubporsche.com .

1952 Dodge Powerwagon. This classic was recently restored with great care. It was dismantled, All parts including bed rails, fender brackets head light buckets, floor boards, etc were powder coated. The bed and the running board wood pieces were treated with Clear Penetrating Epoxy to prevent any possible rot. Wire harness was replaced with new harness produced by Vintage Wiring in Maine. You will see locking hubs on the front wheels, but the original hubs are fine and included.