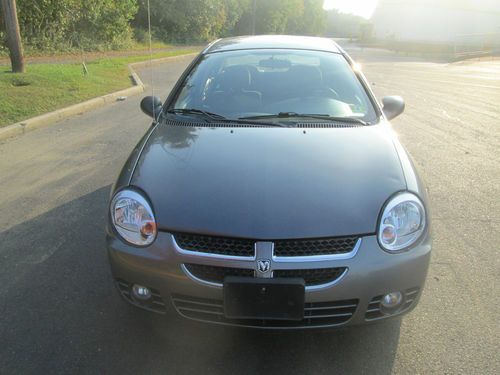 This 2005 Dodge Neon SXT is in tremendous overall condition.  There are no mechanical issues; no check engine lights, or any other lights on the dash--NO ISSUES AT ALL!  The engine and transmission are both sound.
The interior and exterior are both in very good condition.  The interior is clean with no rips.  The exterior has a nice shine to it.  The truck does have some scratches on it, but nothing major.  The tires also in excellent condition.
This car has been well maintained.  The reserve is set low, but the car is available for sale locally; therefore, the auction could end early.  So offers are welcomed.   Thank you.