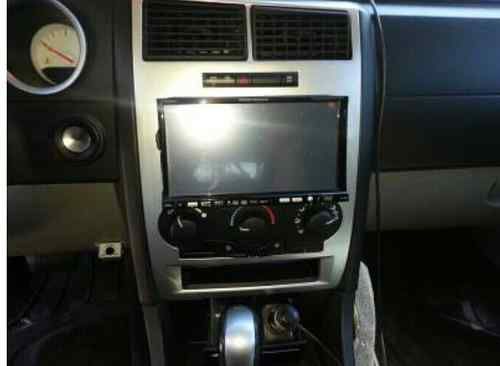 I am selling my 2007 Dodge Magnum SXT, it has about 103,000 miles on it. This car comes with new stripes and a fresh paint job that is new as of August 2012. There is a 8inch Power Accoustic single din radio with Rockford fosgate and kicker door speakers. There are four L5s in a custom box with the words Magnum stitched in the box. There are 10 door speakers, and 4 subs which run off of a yellow top battery which is valued at $250. The car has about a 6 inch lift in which you MAY be able to fit some 28s up under there. The rims are 26inch Limited and they have minor pitting due to rain sitting on the rims while I was overseas. There is minor rubbing when you turn the wheel too far to reverse, other than that, there is no more rubbing. I've had this car since 2009 in which I purchased it at 25,000 miles and the only problem I've had with this car is replacing tire rods and replaced the starter, this car has been my pride and joy but now its time to upgrade. I'm asking for 13500 for the car, if you do the math the suspension was $3500, the rims were $2000 which is amazingly low for a set of 26s rims and tires, the system is about $2000 and the car is worth about $8,000 with no accidents.