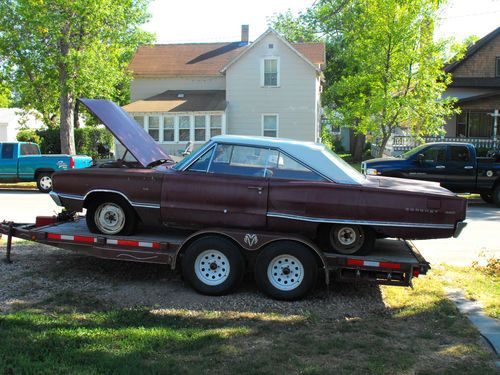 1967 Dodge coronet 440 White hat Special    318 motor auto trans   front end damage however unibody seems good.  sold as is. Does not run and don't know what it takes to make run   I bought this as a parts car and don't need it    CLEAN CLEAR ND TITLE

WHAT YOU SEE IS WHAT YOU GET

THANK YOU FOR LOOKING