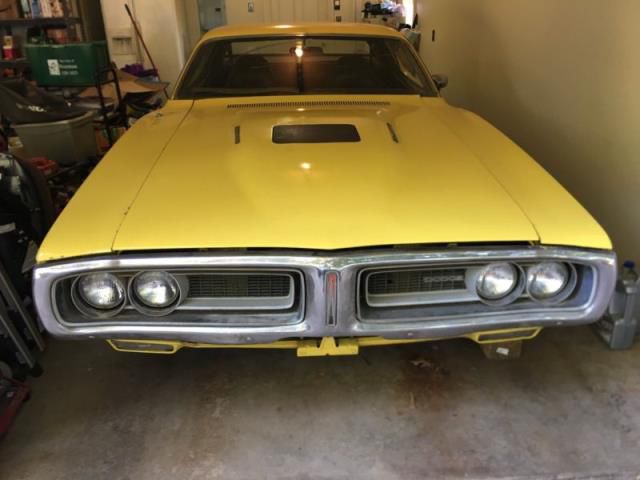 This is a real 1971 Dodge Charger Super Bee. The car is partially restored andis being sold as I no longer have the time to complete it. The car is rare inthat it is (1) a SuperBee, (2) has a manual transmission with a Hurst PistolGrip shifter, and (3) an air grabber hood. The original engine was a 383 but thecar currently has a rebuilt 440 engine. The transmission is also rebuilt. Thecar is not currently running as it does not have a radiator and the fuel lineneeds to be connected to the carburetor. The engine does turn fine when the keyis inserted. The car has minimal rust with the exception of some damage aroundthe trunk area. Car was repainted by the previous owner and looks good from adistance but flaws and scratches are seen close up. The interior of the car hasbeen mostly redone (New headliner, New Carpet, Dash wiring, New Seats). Feelfree to message me with any questions. Here is a high levelof the car: Interior redone - carpet, headliner, dash wiring harness, Enginerebuilt but not started yet - Edelbrock 1407 Carburetor with Electric ChokeTransmission rebuilt New power steering box New power steering pump New enginebay wiring New alternator New electric distributor Front suspension rebuiltFront brakes changed to disc New gas tank, fuel lines, pump