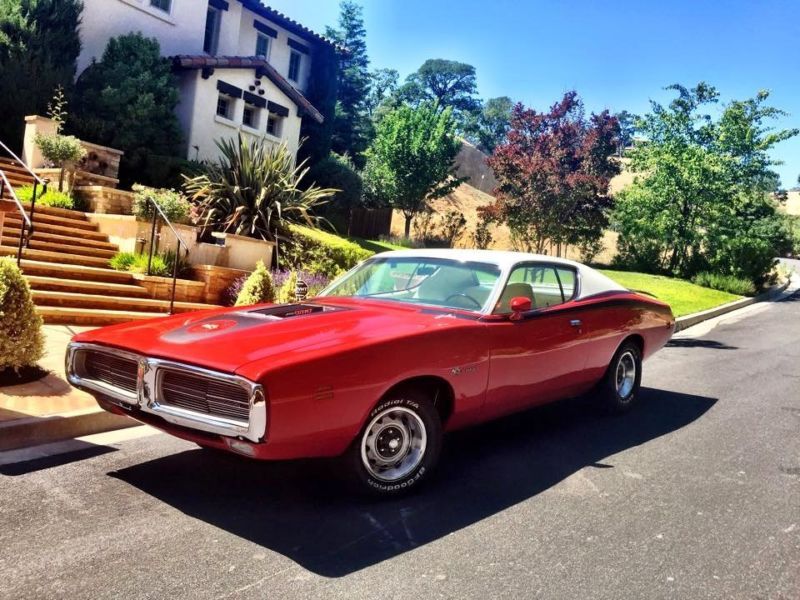 Fully professionally restored 1971 Dodge Charger Superbee 440 6-pack. This is a real V-code six-pack car, one of 99
made. Original dealer purchase order, 2 build sheets, ALL matching numbers!! Completely restored with all new
parts, Approximately 25 miles on car since restoration. Everything works, no issues. Auto trans, power steering,
manual brakes. This car is a true collector's dream. Check out the pics, this is a great color combination.
Hideaway headlights were added as an upgrade during the restoration.