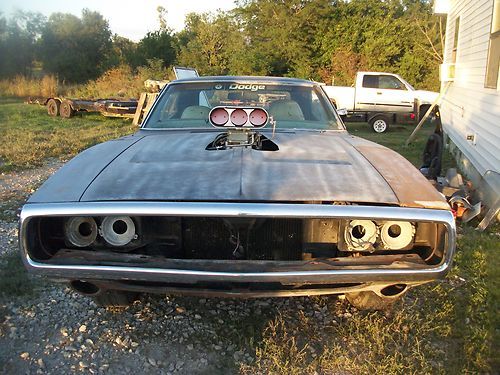 This charger will make some one a great projet to finish.It is rust free and has a straight body. It has a 440 engine in it And a tci transmission and converter.I have the back glass, instrument cluster,back seet,vinyl top,that goes with the car.it wont take much to finish this car.but it has been sitting for two years.i was rebuilding it for my son and he dont want the car and im not able to get out there and finish it my self.So i think it is time to let it go so someone will have a chance to enjoy the car. The buyer of this car is responsable for all shipping cost and arrangements, this car will have to be trailed and the first 500.00 is due with in 24 hours of auction ending.The car is being sold as is and dont come with a warranty.