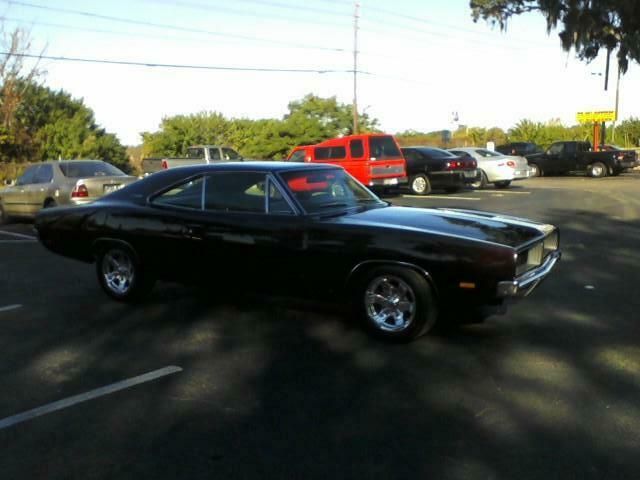 It is a Numbers matching 383HP (rebuilt) car with column shifted 727 (rebuilt) automatic. Tan interior, originally
a Bronze car with tan vinyl top.
It is now a Burgundy / Brown with Legendary Tan interior. Car has been under cover and in garage for the 20 years
I've owned it. Paint is 15 years old and still excellent, and Rust free.
It has disc brakes, done with A-Body spindles. It comes with the original front drum brake set up, complete and
rebuilt.
New engine and dash harnesses with the upgrade to electronic ignition as well. Everything that was modded / changed
is reversible with the parts I saved to do so; IE the vinyl top trim, etc.