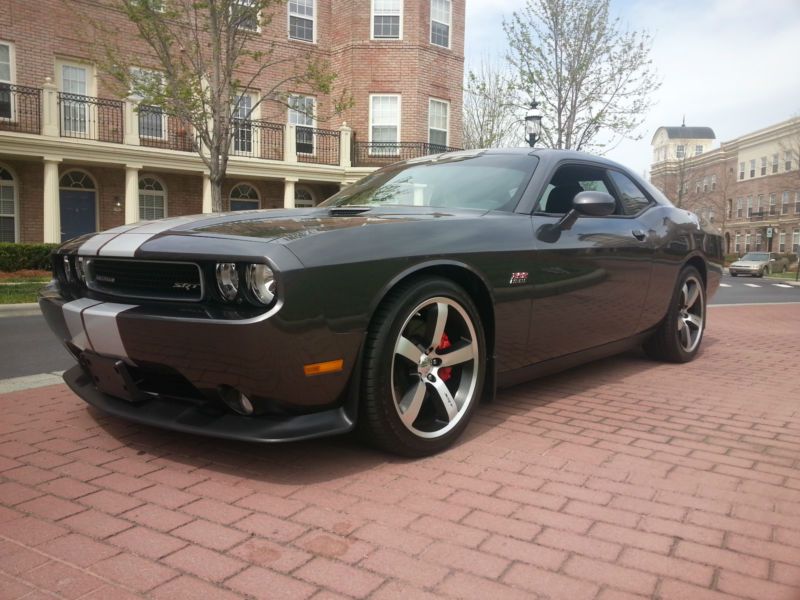 Send me an email at: conniebumgardner@gmx.us .This 2013 Dodge Challenger SRT8 392 has been meticulously cared for. As you can see by the 392 badges it has the
6.4L Hemi engine that pushes out 470 hp and 470 lb ft. This is not the SRT8 Core model. This model has adaptive
damping suspension system with sport mode option. All leather and suede insert seats. Vented/slotted rotors with
four piston Brembo brakes. These brakes also have electronic brake force distribution, brake assist and hill start
assist. There is also back up assist and a 900 watt Harmon Kardon audio surround sound system. Navigation. The
optional sunroof.Other dealer installed options include HURST shifter. Reducing those long throws by 30%. Muffler
delete also done by dealer. This Challenger has it all. The interior and exterior are as good as they look. No
issues at all. It has been babied as you can tell, it has the same Goodyear F1s that came on it when purchased.
Clean Title in hand. The pictures speak for themselves.