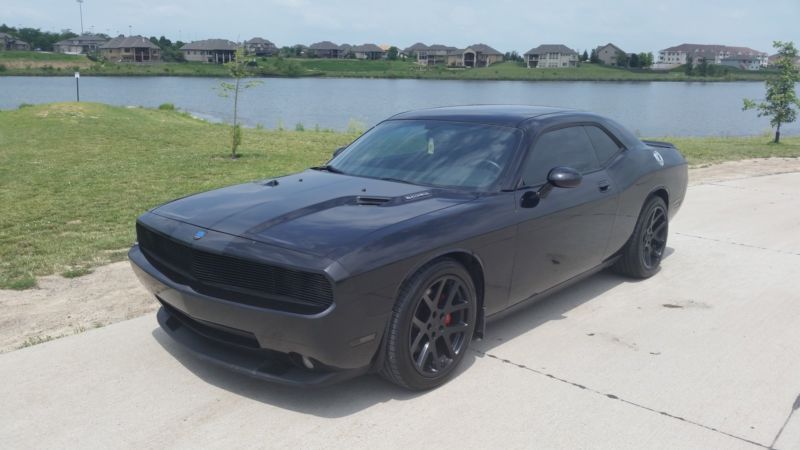 2009 Dodge Challenger SRT8.  The only reason
for me selling it is I just purchased a Viper, so do not want this to just
sit.  It was originally a Florida car.....and has not been subjected to
winters.  The body of the car is extremely clean and does not have any dents or
dings ot the body.  There are a few minor rock chips to the front bumper, as to
be expected for a used vehicle.  Other than that, the pint shines extremely
well and gets looks everywhere.  A set of $1200 dollar viper wheels has been
added, and it has over $1400 in brand new nitto tires on it.  The tires hav
eless than 1000 miles on them.
The car has been equipped with a Magnusun supercharger, and the power was kicked
up to over 550 hp.  This is an extremely reliable setup and makes for an
excellent and fun drive.